The Oregon Triple Crown series is widely regarded as one of the most gorgeously grueling races in the region, comprised of the most challenging courses on three separate races: Oregon Gran Fondo, Willamette Gran Fondo and the Oregon Coast Gravel Epic.

One of the coolest feature of the race series is that each event is open to non-competitive riders who want to enjoy the routes, even if they’re not contending for the Crown. That means you can opt to ride simply one, or all three.

We wanted to know just what takes to conquer this incredible race series and come out on top, so we sat down bend racer Thomas Hainisch, last year’s overall winner, to steal some of his secrets.

“Each race had a new diverse group of strong riders who were riding in the event that suited their strengths. From a riding perspective, the downhills sections of the Oregon Coast Gravel Epic were challenging with the loose gravel and tight switchbacks. I keep getting dropped from the lead group on the downhills and then climbed my way back to the group on the uphills.”

Thomas says that what surprised him most was how competitive the events were. “People definitely came to race, especially those at the font of the race. I didn’t expect that from a gran fondo.”

Those these events traverse some of Oregon’s most beautiful landscape, Thomas says there’s no time to soak it in during the grind of the event, “I often say I will need to come back and ride the events at a more leisurely pace and ‘absorb’ the scenery.”

Each race caters to different riding styles, and Thomas says the Oregon Coast Gravel Epic was definitely his favorite, “I am mostly a mountain biker and love to climb so the Oregon Coast Gravel Epic suits my style of racing more. I went into the first two events hoping to finish with the lead pack and not lose too much time. But I knew the Gravel Epic would split up and have larger time gaps than the other two races – it’s harder to draft and ride in a peloton under those conditions.”

If you’ve considering vying for the Oregon Triple Crown, sign up for the next two races in the series to give yourself some training for the 2017 season. Thomas adds this additional advice: “Just do it. We only look back with regret on the things we did NOT do. And generally, as we age, it only gets harder. There is no easier time than the present!”

Pro Tip: Thomas recommends wider tires for the Oregon Coast Gravel Epic. “I went with 40mm tires and did not regret it at all. Some of the sections are quite rough.” 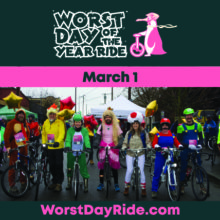