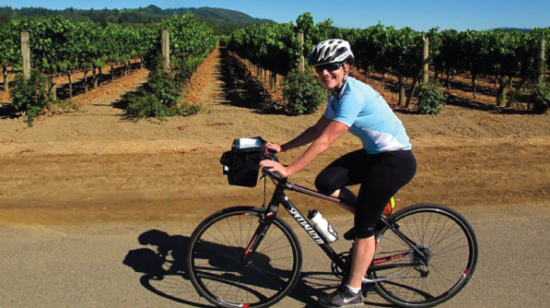 There is something inexplicably exciting about using a bicycle to explore a strange city, the streets pulsating with life. The glass and steel of buildings gleam with a certain magic, street life seems to be more vibrant and the smells and sounds of a metropolis at full slope hover to engulf your minds. While riding on a bicycle, you can completely feel alive and engrossed in that particular moment.

Biking trips are a remarkable way of getting to know a city closely. This is also considered as an eco-friendly way of exploring it. With the progress in the climate today, more and more cities are making an effort to boost other, green options for the ones who love traveling.

Have a look at some of the bike-friendly cities across the world that will assure ultimate cycling adventure.

Copenhagen is considered to be the first ‘bike city’ in the world. There are over 390 kilometers of bike lanes in the city and the number is only increasing. Nearly half of the people living in Copenhagen travel to work by bike. Copenhagen is known for its eco-conscious bike culture all over the world. The cycle superhighway, which is a pathway from a suburb that leads into Copenhagen’s city center was also created in the city. This gives the bikers an easy way of getting into the city. The superhighways are a part of future construction plans having 28 different routes. According to William Lucas, who is an expert of writing a college essay, Copenhagen is the most bike-friendly city in the world and he daily paddles to work.

The next city that is considered to be the most bike-friendly city in the world is Amsterdam. The city has over 800,000 bikes, which is much more than the number of people staying in the city. Around 40% of the traffic in this city alone is biking. For the people in Amsterdam, biking is the way of life. Rental bikes are also available throughout Amsterdam, for the tourists to explore and travel across the city. There are about 240 miles of bike lanes in Amsterdam and the locals tend to take advantage of the green lifestyles of the city and enjoy.

Portland is one of the best cities of America that comes under the environment friendly part. Portland has about 315 miles of biking lanes and has a maximum number of people who travel through bike to work. Another significant feature of Portland is that it allows a bike-share rental program that is open for everyone. This exciting feature inspires more and more people to pedal around the city.

Utrecht is a very biker-friendly city. Every day over 100,000 people ride bikes to work, school or anywhere for leisure. Over 59% of the people travel to the city center by bike, as it is the most popular place. The city has planned to push the green movement from 12000 to 33000 bike (bicycle) parking spots at the Central Station by 2020. This may not be the largest city, but, still, efforts are being made to progress in the coming time.

Seville has recently become a major bike-friendly region of the world. The city has around 160 kilometers of bike lanes. This city is rapidly walking on the path of shifting to green travel. Around 70,000 bikes being used every single day in Seville. While pedaling around the city, you will come across the most beautiful landscapes ever.

Nantes in France is on the shift to make itself a biker-friendly city. Biking around the Nantes Island, a historic center in the southernmost part of Nantes or along the Loire river are best places to bike around. You would be able to see beautiful panoramic views.

These are some of the best places that you can explore by biking. If you are a student who is looking for the best place to write your assignments and get good marks, then paddling to any of these places would help. You will be able to see the best beautiful landscapes and views around them and complete your homework promptly.