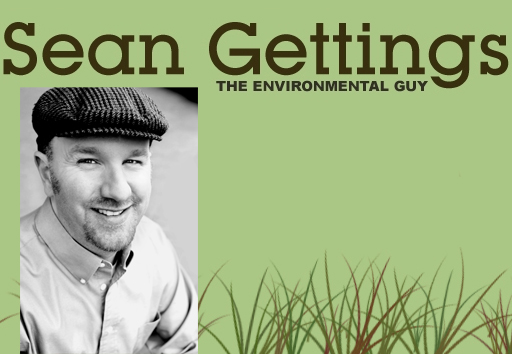 What if just 1% of our state decided not to drive on Sundays? That’s what Grimm actor Sean Gettings wondered when he created No Drive Sunday, a movement that rallies people to reserve one day a week to leave the car behind. “I thought Sunday was a good day to start because people are generally off work, it’s a slower day and maybe people could use it as a starting point,” Sean explains. “I think it is important to try to encourage people to drive less, carpool, walk, use public transit and just discover what is located in their own community. It’s a great way to meet your neighbors, get needed exercise and help the environment.”

All in the Family

For Sean, bike riding is a family activity. “My son has been riding his own bike since he was four and last year rode to kindergarten almost everyday. I pull my daughter in a bike trailer and our record is ten days in a row without driving.” Sean says he loves riding around his North Portland neighborhood. “Biking in my neighborhood is fun and mainly flat. We have libraries, parks, grocery stores, a post office, schools, restaurants and the University of Portland all with in a few miles of home.”

Through No Drive Sunday, Sean enjoys showcasing that “Portland is America’s friendliest city for bikes, so this is the city to give it a try. I encourage people to try a few shorter rides and then maybe try a ride to a park, the grocery store or even to dinner.” He maintains a Facebook page where he posts resources and encourages people to share their stories of spending one day a week out of the car.

Sean, who also worked on the Ban the Bag campaign, is dedicated to the environment. “In my opinion, we as a society have become so dependent on our cars and trucks that we miss connecting with our neighbors and taking advantage of our community.”

When he’s not working as a stay at home dad for his four and six year olds, Sean plays a precinct cop on NBC’s Grimm. In the past he has worked on Leverage. Sean rides his bike to work, as do several of the other cast and crew. “It’s great to arrive on set in the early morning and see bikes parked next to the actors’ trailers,” Sean describes. He says his goal is to be part of a bike riding scene on Portlandia.