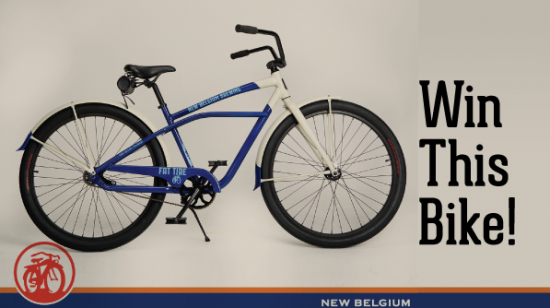 Join Filmed by Bike for a night of B-I-N-G-O and a glimpse at what’s to come for the 13th Annual Film Fest.

YOU COULD WIN A BIKE!

New Belgium is raffling off one of the very last of their fun Felt Cruisers.

This sweet ride is perfect for summer nights cruising around town with friends. It’s a relaxed, casual style that clearly says, “What’s the rush? Let’s enjoy the ride!”

Everyone who participates in Bingo can enter to win one time. Must be present at the end of the night to win.