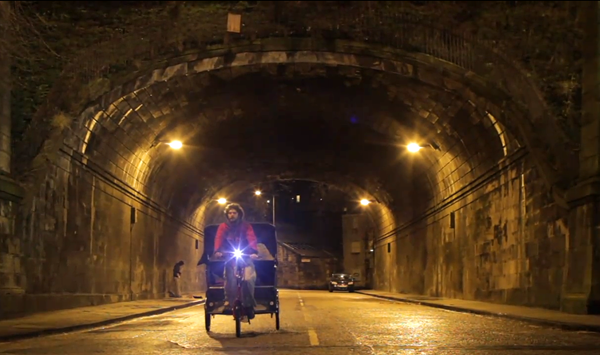 Tickets are now on sale for the 11th Annual Filmed by Bike April 20-23, 2013 at the Clinton Street Theater.

Filmed by Bike showcases the best bike movies from around the world. This year they have assembled four impressive programs of over 38 films featuring an array of film styles.

The opening day includes the New Belgium Street Fest, a gigantic party in the middle of Clinton Street in front of the theater. There will be a beer garden, entertainment, a video booth, a photo booth, a huge bike parking arena and much more.

Tickets are available for all shows at the door while supplies last, but a few of the showtimes are always in high demand so it is recommended you purchase advance tickets. The Saturday 7:00 and 9:00 shows will sell out.

Gather up your posse of friends and head out for this annual event that is not to be missed.