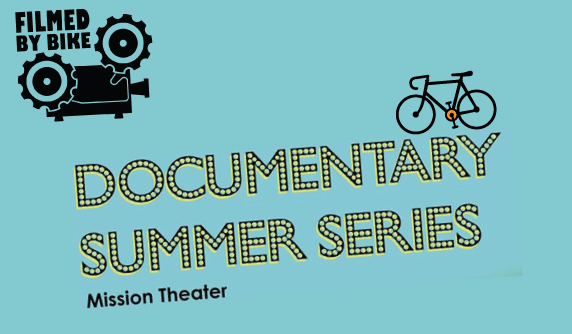 It’s kind of like a big-ole summertime party inside the Mission Theater. Because that’s how NW Doc and Filmed by Bike like to hang out together.

Ukelele band Honky Tonk Prison will play live, Culinary Cyclist author Anna Brones will speak, a series of films will be shown on the big screen.

With support from StreetFilms, Filmed by Bike is showcasing three segments of documentary films on different themes. In between each, Boaz will moderate a rapid-fire Speed Q+A – so fast there’s only time for one or two questions from the audience.

You’ll be kept on your toes and inspired as Filmed by Bike showcases what’s happening in biking culture, art and infrastructure all around the globe – and discussing how it all relates to PDX.

This program is part of NW Doc and POW Fest’s Documentary Summer Series at the Mission Theater.