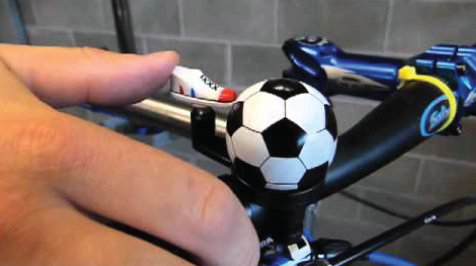 When it comes to traveling it either you have money or lot of time to embark on your journey. This year, many people from different parts of the world travelled to Russia to witness the FIFA World Cup first hand.

It’s the cyclists who really caught our interest. Many cyclists journeyed for thousands and thousands of kilometres just to have a personal experience of the world’s most popular tournament. Meet the cyclist who broke the record.

Kerala to Russia for The World Cup

A 28-year-old Indian freelance school teacher travelled to Russia on two wheels. Clifton Francis’ passion for football made him journey for 4 000km so as to enjoy the FIFA World Cup up close and personal.  Even though he had passport and visa problems at the Azerbaijan- Georgia border, Francis managed to pull through and arrive in Russia on the June 5.

According to Francis, his greatest football champion is Lionel Messi. Spending about the month cycling, He wishes to complete his journey by getting a signature on his bicycle from the icon. Well, if he won the money from the best payout slots, he could have bought a flight ticket.

From the cyclist’s adventure, it seems that many people may opt for a bike instead of a car. The bike takes you places where cars cannot. Maty Amaya from Argentina embarked on a 14,095 km journey from South America Argentina to Russia Moscow. That is a hell lot of paddling. It took the dedicated football fan a lot of cycling and a flight from Panama to Spain.

Since the world cup held in Brazil 2014 until now, Maty Amaya has never looked back. His love for cycling and football led him to completely retire from being a full-time Pharmaceutical employee. Now he travels on his bicycle, seeing the world.

Just wondering what would happen if gamblers or online pokies aus players would host World Cup Gambling tournament? Would meet you there with your bikes in tow.

Amaya mentioned that he cycled to Moscow because of passion for the World cup and love for cycling. “It like marrying both,” he says.