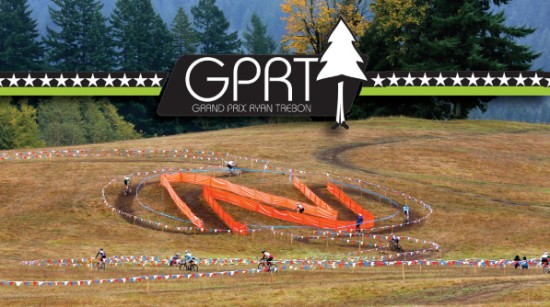 Cyclocross is commonly thought of as a muddy fall sport, but in actuality some race series, like Grand Prix Ryan Trebon, start while summer is still in full swing. In fact, the kickoff for this series is just around the corner on August 30.

Grand Prix Ryan Trebon is a cyclocross series composed six independent races, each with their own race director, theme, prizing, course and location. There are also overall series awards at the end of the season to tie them all together. With new locations and creative courses planned for 2014, this event is exciting to both race and watch.

Is this your season to hit the course and test your endurance, stability and vigor by racing cross? If so, Grand Prix Ryan Trebon is the perfect series for you. With modestly sized fields (categorized groups of riders) and a not-so-hectic start line, the event is extremely friendly toward new riders.

Each year the Grand Prix celebrates a prominent Oregon racer by naming the series in his or her honor. This year they’ve chosen Ryan Trebon, one of the most loved local racers, past National Champ and a current pro racer. Previous races have honored Molly Cameron, Tina Brubaker and Erik Tonkin. The year the race was named after Tonkin, an elite racer well known for his unshaven legs, the logo was a Sasquatch. This year’s logo plays with Trebon’s nickname “Tree Farm.”