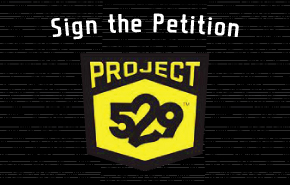 Project 529 is on a mission to protect your bike.

An overwhelming number of stolen bikes are easily sold on eBay and Craigslist. Project 529 is trying to put a stop to that.

“Every 30 seconds, a cyclist has their bike stolen in the United States. Nearly half of college students with bicycles will lose them during their education. Bicycle theft is rampant in the United States, and it’s due in part to the ease of fencing stolen bikes through online sites.

Join them in urging Craigslist and eBay to require serial numbers on used bike sales.