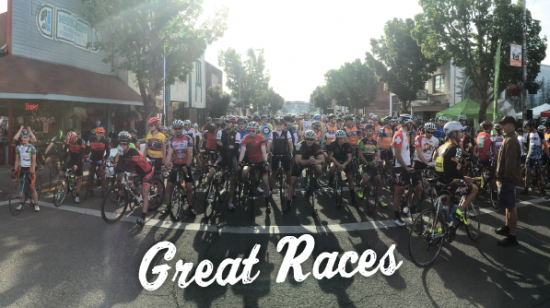 There are plenty of fantastic races out there for the rider or spectator, some just a stone’s throw away from home and others located across a few time zones. We know you’ve heard about some of the best in the area, but as the year advances we thought we’d share with you some intriguing ones. Here are just a handful of events that might inspire you to get off the beaten track and head somewhere else to either engage in or watch others cycle through interesting routes.

Tour of the Bahamas

The Tour of the Bahamas, held in Nassau, used to be the kick-off for many cyclists’ racing season, but it is no longer the case since as the last race was held in 2012. Just because it is not part of the professional season anymore doesn’t mean that you can’t take advantage of the warm climate and ride the route yourself. You don’t have to stick to the original route as there are almost 600 trails in Nassau and if you’re a beginner you’ll appreciate the fact that The Bahamas has some of the flattest land around so it provides plenty of easy cycling terrain.

The original race route took competitors off the beaten path past the Clifton Heritage Land and Sea Park. Rather than just breeze past this great spot, take a breather to explore the winding nature trails and historical ruins or snorkel offshore over an underwater sculpture garden. Nassau also has an attractive harbor, a colorful blend of old-world and colonial architecture and some popular seasonal events. For instance, the Bahamas International Film Festival, the legendary “Battle 4 Atlantis“, a college basketball showdown, and the PokerStars Caribbean Adventure should all provide plenty of entertainment after a long day in the saddle. 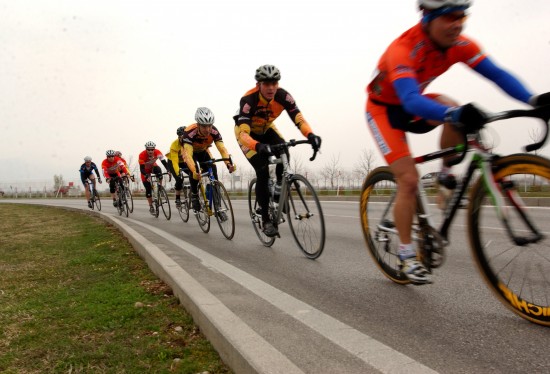 This year’s Milan-San Remo was surprisingly won by Arnaud Démare after he outsprinted Ben Swift and Jürgen Roelandts at the Via Roma to take his first career win in a monument. The longest one-day race in pro cycling, Milan-San Remo offers an exceptional test of endurance early in the season and is one of the more competitive monuments to watch. Long and mostly flat, with just one big bulge where the road crowns the Passo del Turchino before plummeting down to the seaside towns of the Italian Riviera, this event usually offers a thrilling conclusion with a cluster sprint finish.

Key segments are the two small climbs, the most significant being the 4km and 3.7% gradient Poggio. After racing for 173 miles the riders are exhausted upon reaching this relatively straightforward climb; the competitor who breaches the summit first has a chance of rocketing down the descent and holding off the sprinters for victory.

The great thing about viewing a Monument is that one day of indulging your passion is usually acceptable to significant others who may not share the passion, and you can then spend the rest of your break discovering the most stylish city in the world. Obviously, there’s world famous shopping, but also cathedrals and galleries to explore, and you could even take in a football match at the famous San Siro Stadium.

Another monument, the Paris-Roubaix, or The Hell of the North, is the best known and one of cycling’s oldest races. Its route across Northern France into Belgium is designed to try and use every single stretch of cobbles in that region. The uneven terrain creates an increase of incidents such as punctures, mechanical problems and crashes. Combined with loads of mud, this is always a remarkable spectacle. With 150 riders traveling down a wide stretch of tarmac at 31mph onto a cobbled path that’s only about seven feet wide and lined by puddles and potholes this race guarantees excitement and its fair share of controversies over the years.

The key segment here is obviously the what the French call secteurs pavés, the long cobblestone stretches that make this race so problematic for riders. This year’s race was won by Australian Mathew Hayman after Fabian Cancellara and Peter Sagan were hindered by crashes.

One of the best things about being a spectator for this race is that you can choose to spend your time on the Belgian frontier or head back to Paris. Both options offer plenty of activities to keep you entertained and some delightful rides if you’re able to take your bike with you. 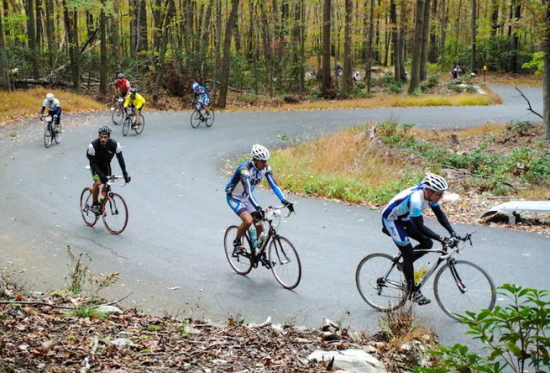 Much closer to home and less auspicious, though definitely worthy of your time, is the Oregon Gran Fondo. Registration opens early November for this event inspired by the French and Italian traditions of allowing the general public to ride a single stage of the Tour de France and the Giro d’Italia after the pro race have gone through.

The Oregon Gran Fondo is a carnival of cycling that offers something for any age or ability and includes ex-professionals and elite racers lined up side by side with amateurs and young enthusiasts. At the Oregon Gran Fondo, teams and individuals who want to race have the chance to do so on the 117-mile Gran route. There is also the 71-mile Medio and the shorter Piccolo featuring a 15 mile out-and-back loop starting at the same time as the Gran and Medio routes.

The routes run through rural South Willamette Valley communities and the picturesque Siuslaw National Forest. From Bohemia Park, the Gran and Medio routes head west to the village of Lorane and from there continue west deep into the Siuslaw and Smith River watersheds. The light traffic and forest roads, hills, rivers and vistas make for an incredible day out.

Those who really want to go the extra mile will make the Oregon Gran Fondo one of the three races they compete in as they vie for the Oregon Triple Crown. The series is comprised of the three most grueling courses of three summer season races that also include the Oregon Coast Gravel Epic and the Willamette Gran Fondo.

Here you have it: three cycling courses worth traveling for in different parts of the world, and one event closer to home if you don’t have the time or the cash to spare!