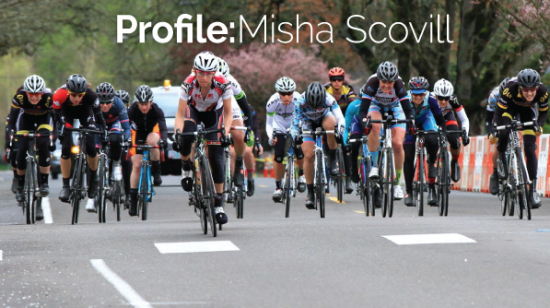 The Oregon Triple Crown is a gorgeously grueling race series comprised of the most challenging courses of three races: The Oregon Gran Fondo, Willamette Gran Fondo and the Oregon Coast Gravel Epic. We sat down with 2016 champion Misha Scovill from Eugene to find out just what it takes to make it to the top.

“The biggest challenge in 2015 was maintaining my endurance for such a long time because the events were in May, August and September. Plus I started racing in March, so I was pretty mentally and physically done by August. I was glad the Gravel Epic was last, as it added a lot of variety to my riding.”

Misha says she expected the grind of an endurance race, but was surprised by the riding style of her competitors “The fastest group – which I was trying to hang on to for both of the fondos – handled it with more race tactics than I was expecting. They took off really fast at the beginning, and the fast climbers tried to drop the others on the big climbs.”

One of the most unique aspect of these races is the scenery. They each take place in Oregon wilderness with several route options, including shorter courses for those who want an easier ride. But with the extreme challenge for those on track for the Oregon Triple Crown, do they even have the bandwidth to take in that beauty? “The long climbs can be challenging,” Misha says, “but it’s really up to the rider whether you want to put your head down and pedal hard or cruise at an easy pace and enjoy the scenery. I did a little of both. There were a lot of times I was absolutely in awe of the beauty of the landscape.”

The big victory of a race series this intense is usually comprised of several smaller victories, and Misha says hers was rather indulgent. “My biggest victory is that I ate not one, but TWO ice cream bars at the last rest stop of the Gravel Epic!”

Given the duration and intensity of these rides, staying fueled along the way is not only important, it’s also challenging. So we asked Misha to dish out her secret recipe for nutritional success.

“Eat extra carbs the day before a big event. In the morning I have a really big breakfast, usually 2 eggs and a waffle with maple syrup. I also eat a snack just before the start of the ride. Usually a banana or a potato. On the ride I fill one of my water bottles with double strength sports drink mix and sip it throughout, so I have carbs continuously throughout the ride. I also pack my pockets with a ton of ride food and eat something about every 30-45 minutes. With long endurance rides, it’s so important to stay fueled, because you are not only burning a ton of calories from riding, you are also missing lunch! I eat as much as possible without upsetting my stomach. Hydration is really important too, so if it’s really hot I bring electrolyte pills with me, and I refill my bottles several times throughout the ride.”

So, what’s next on the agenda for Misha? The every-busy racer owns FX Coaching where she coaches cyclists, conducts personal training, nutrition consulting and fits bikes. But this year, her personal racing is less of a focus.

“I competed at national level stage races with an elite team for the past two years, San Dimas Stage Race, Cascade Classic, Tour of the Gila, Redlands Classic, etc. The travel was very draining, and difficult with family life, so this year I decided to take a break from racing. I’m much slower than I was last year, as I am riding for recreation rather than training to be fast, but I’m totally okay with that. I have had a lot more time do other things, like rock climb, hike, run, garden, and build my own business, and I feel a lot more balanced overall.”

Considering racing this year? Here’s what Misha has to say “Do it! It’s incredibly fun, and it’s a way to stay motivated to maintain endurance and fitness throughout the spring and summer. You will meet awesome new people and see amazing views. Training rides with my riding buddies was really fun and memorable too!” 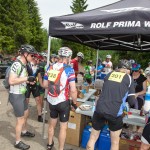 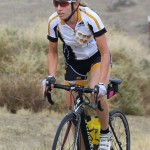 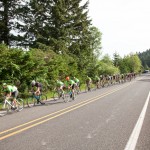 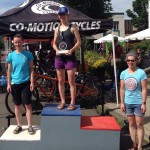 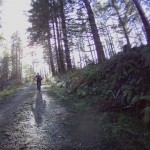 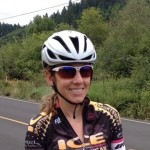