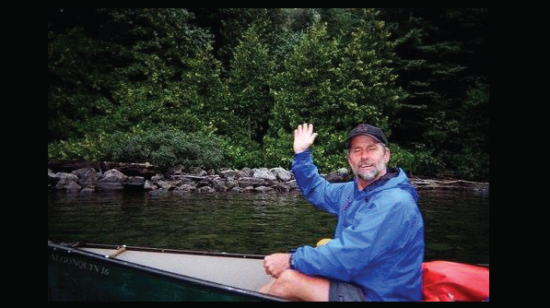 Have you ever had one of those rides where you thought you just wouldn’t make it across the finish line?

If you were one of the fortunate ones, you had Gary Dunkley by your side. The stalwart volunteer spent many rides not socializing with friends but instead riding sweep, ensuring every single rider made it across the finish line. He was content to creep along making small talk or simply quietly rolling along with riders needing support.

It is with a heavy heart I report Gary Dunkley has passed away. His body was found along an embankment in SW Portland. According to The Oregonian, no foul play was suspected and further details are not yet available.

“Gary was unique in his love to help the very last rider,” says Neal Armstrong, CEO of Axiom Event Productions. “At points of struggle and fatigue, Gary would find riders who needed encouragement to finish those final miles. With an easy style and a million incredible stories, he would keep them going. He embodied the role of keeping people safe and motivated people to finish their goals.”

My own memory of Gary is of a guy who just kept showing up. At first he was a stranger, some random fella who signed up to volunteer for ride along support. But very quickly, Gary was always there, and events just weren’t the same without him.

I recall one time when he was scheduled to ride support for Jackson’s Ride the Gorge, a former road ride in the Gorge with steep climbs and strong winds. Right before the ride, Gary’s bike suffered a major mechanical. Without enough time to get it fixed, Gary grabbed his mountain bike and showed up bright and early to the start line in Hood River – like it was no big deal. I recall him saying something to the effect of “Well, I said I’d be here and I didn’t want to leave you hanging.” Gary slogged through that entire ride on a heavy old mt. bike, like it was no big deal, happy to take in the gorgeous views, honor his volunteer commitment and be there for the fellow riders – his clan – who might need him.

But to those of us who were the event organizers, it was a big deal.

“Gary was a stand out person who always committed to supporting riders through every mile,” says Event Director Brad Nelson. And, like Neal, Brad emphasized, “Gary always had an interesting story to tell.”

Gary, from Portland, loved being active – paddling, bike riding – and enjoyed the opportunity to meet new people through these activities. He was dedicated to his interests, and he will be sadly missed

“Gray was one of the strongest people I have met,” says Brian Hinsley, who often worked the events for which Gary volunteered. “He would not quit on anyone.”

The weather is gorgeous right now. If you’re out on a ride, think of Gary. Do something nice to support someone else, in Gary’s honor. He would have liked that.