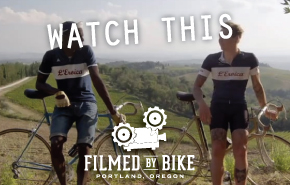 Our WATCH THIS ↠ series is made possible by Filmed by Bike, a film festival that features the world’s best bike movies with a huge film festival in Portland every spring. Their movie collections then travel the world to build bike culture.