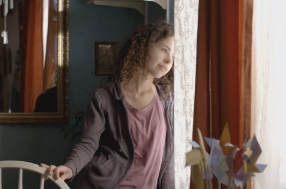 Filmed by Bike expanded this year to allow in some longer pieces, and it has really paid off with gems like this great film.

In East LA, a teenage bicycle thief straddles two worlds – that of her old fashioned Latina grandma and that of her thuggish crooked boss. When these worlds collide, she must decide which path to take.

This thrilling film features a strong female lead, an interesting cultural perspective and bike thievery. The film is set with a seedy, dark bluish hue that really carries the film in a nice way.