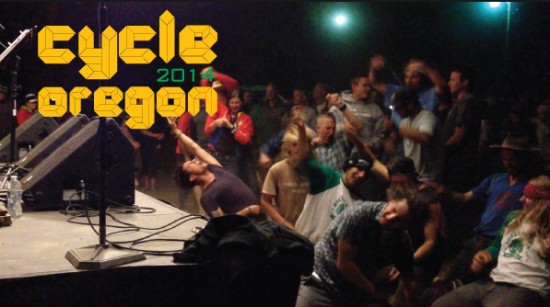 This year’s Cycle Oregon, the Magnificent Seven, afforded riders from around the world striking views of seven mountain peaks while traversing challenging-but-rewarding courses over seven days of riding the Oregon countryside.

Each day’s ride had a different tenor and hue, be it the intensity of sustained climbs, broad high top views, the aurora borealis glowing in the Madras night sky or forested gravel adventures.

Nightly entertainment gave riders a chance to relax and unwind as they prepped to do it all over again the next day.

Riders ventured into Washington, then back to Oregon. They braved strong wind storms in Madras that left many wind burned and exhausted from pedaling down descents along some 20 miles of headwind and a windy camp that offered no relief from intense gusts. They rode days with 6,700 feet of elevation gain followed by 6,200 feet of elevation gain. They conquered a 14% grade climb that challenged even the strongest of riders. And all of it was totally worth it. 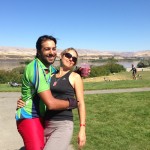 Nossa Familia Coffee was started 10 years ago, and Cycle Oregon was one of the first large events. Owner Augusto celebrates at the finish line with wife Carissa. 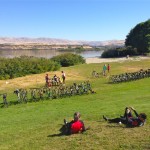 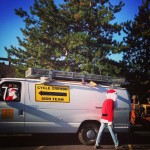 Volunteers on Cycle Oregon have a lot of fun. 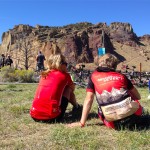 A lovely lunch spot – really can’t complain about anything after that.

Riders streamed in and out of this gorgeous lunch stop. 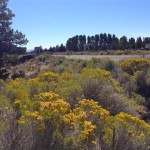 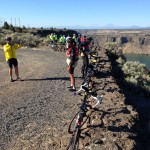 Day 5 was all about scenic viewpoints, a much needed break from the previous two days of intense climbing. Lake Billy Chinook in the distance. 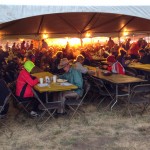 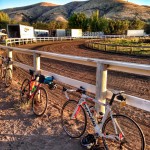 Typical Cycle Oregon view – where bikes and the local landscape intermingle every day. 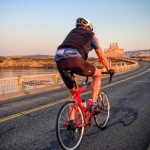 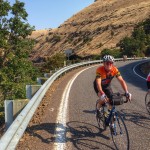 There was a lot of this on Cycle Oregon 2014. Here we’re climbing up toward Glenwood, WA 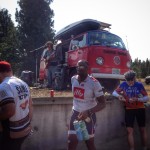 Music is everywhere on Cycle Oregon, even small rest stops in the middle of nowhere. 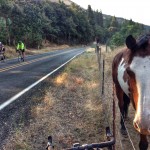 The serenity of Cycle Oregon is unparalleled. 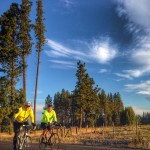 Setting out from Glenwood for a day of riding. Optimism is in the air.

The smoothie booth makes a powerful recovery smoothie – sure to prep your legs for another day. 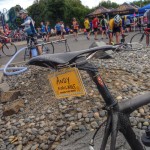 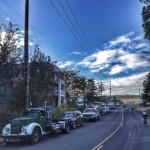 Heading out for the day 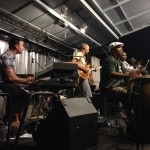 Loved all the music at Cycle Oregon.

Cycle Oregon 2014 – A Dufur Welcome by Filmed by Bike.

What did you think?

Did you ride this year’s Cycle Oregon? What did you think? Share your ride experience in the comments below.

Posted in Headline and tagged cycleoregon